Centurion paramedics fight to save dog impaled by palisade

Emergency services rescued a dog impaled on a steel palisade fence in The Reeds in the early hours of Tuesday morning.

The dog was rushed to the Bakenkop animal clinic in Centurion, where it later died.

According to the clinic, its wounds were “not so severe”, but “the shock of the incident was [probably] too great”.

“When it arrived this morning, we tended to the wounds and stabilised it, but we suspect that the dog must have been stuck there for quite a while,” clinic spokesperson Jeani Gething told Rekord.

It was unclear whether the dog was deliberately impaled on the palisades, or whether it got stuck by accident.

The drama started when ER24 emergency services, along with Cert-SA members, responded to a frantic call by community members.

This after a resident found the dog.

After informing his neighbour, emergency services were called to assist.

“We had to bend the fence to remove the dog from the fence,” said ER24 spokesperson Russel Meiring.

“The dog was trapped and in severe pain. After stabilising it, we quickly took it to the animal clinic.”

Cert-SA on Facebook thanked community members, ER24 emergency services and the Bakenkop animal clinic for their swift and efficient help. 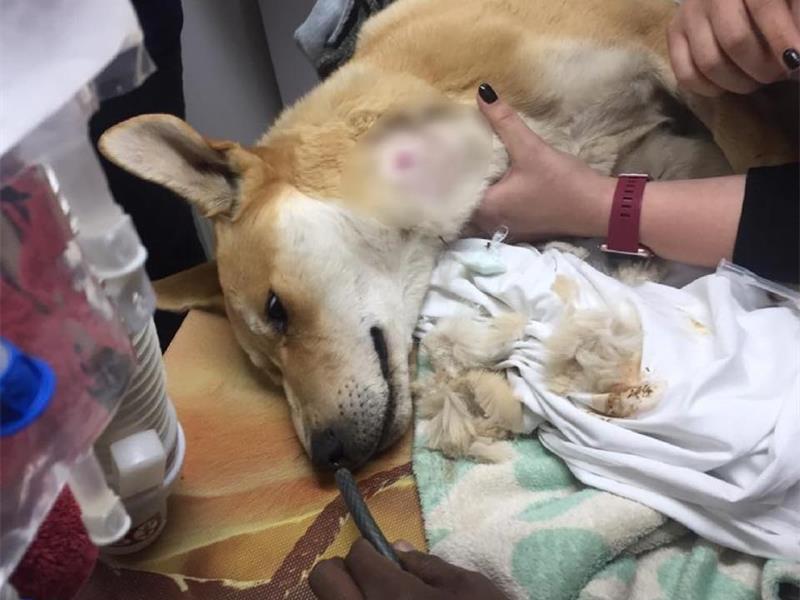