Man stabs both Centurion woman and her dog

A man known to the woman is believed to have stabbed them before setting her kitchen on fire.

A woman is recovering in hospital and her dog being treated at a veterinarian after a stabbing incident in Bronberrick, Centurion.

According to Community Emergency Response Team (CERT), both the woman and her dog were stabbed at her house on Thursday.

A man known to the woman is believed to have stabbed them before setting her kitchen on fire.

“The man is said to have fled the scene after the incident,” CERT said in a statement.

The response team said the woman had sustained serious injuries and was transported to hospital by ER24 paramedics.

“The dog was taken to a nearby veterinarian by a neighbour.”

The police are said to be investigating the case.

Wierdabrug police had not responded to our enquiry at the time of going to print. 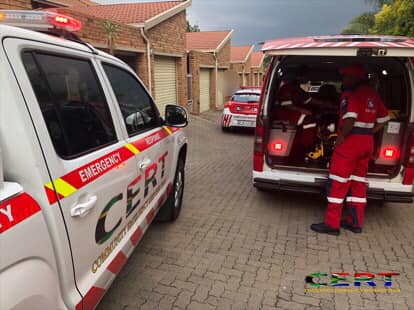