N14 crash claims one and others seriously injured

Multiple injured, including a toddler and one dead as a taxi and a light motor vehicle crash on the N14.

Varius emergency services responded to a horrific accident scène on Saturday afternoon on the N14 where one person. was pronounced dead and several other injured on the north past the Jean road off ramp.

“The driver of a taxi has died and 22 others have been injured, two seriously, including a 3-year-old girl, when they collided with two other vehicles on the N14 North, near Lyttelton in Centurion this afternoon,” ER24 Spokesperson, Ross Campbell said in a press release.

“ER24 paramedics as well as many other emergency services were on the scene at 12:58 this afternoon. The male driver was found half ejected, having suffered multiple, fatal injuries and showed no signs of life – he was declared dead on arrival.”

“An adult male and a 3-year-old girl were found to have suffered serious injuries. They were treated using Advanced Life Support interventions and transported to Kalafong Hospital for further care.”

“ER24 also treated and transported an adult female who had suffered moderate injuries to Kalafong Hospital.”

“19 other patients had suffered minor injuries and were transported by a variety of other private medical services to hospitals in the area.”

The Fire Department as well as the Metro Police were on the scene for further investigations.

Circumstances surrounding the incident are unclear at this time and police have launched an investigation. 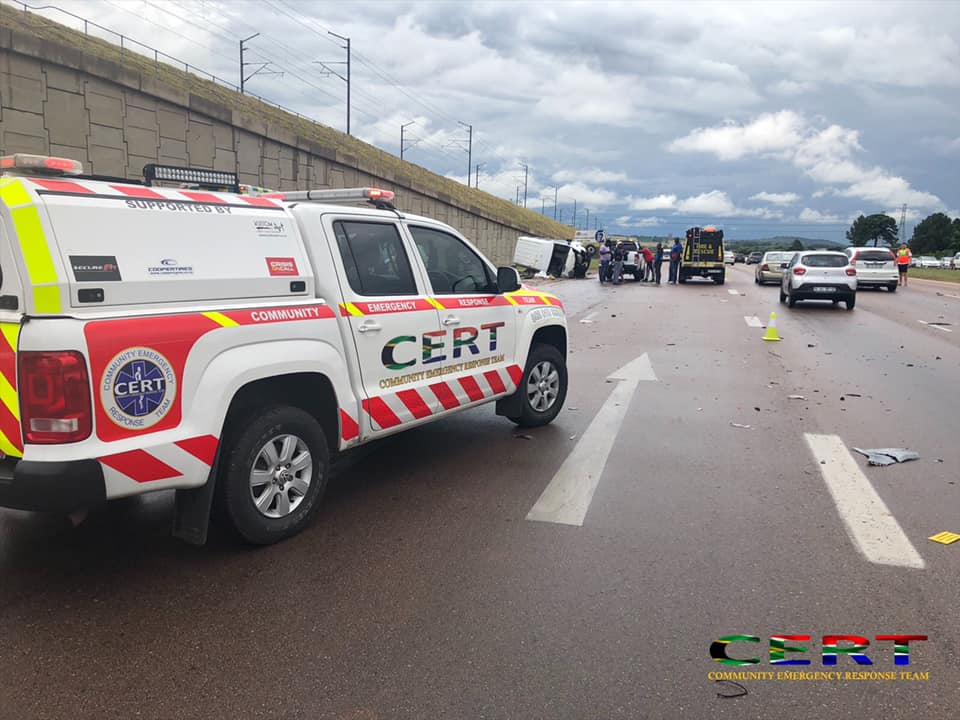