Power outages in parts of Pretoria as a severe storm sweeps through the city.

Tshwane Emergency Services are currently responding to various reports of uprooted and damaged trees in Centurion and other areas across Pretoria following a severe thunderstorm on Tuesday afternoon.

Earlier in the day the South African Weather Service issued a severe thunderstorm warning across Gauteng.

Reports of uprooted trees in the Lyttelton area in Centurion included in Garnet Street, Limpopo Avenue and Jean Avenue.

Tshwane EMS Spokesperson, George Mabaso confirmed several cases of fallen trees were reported and shared with utility services.
He said crews are attending to the fallen trees.
“We are attending to a tree that has fallen at Gold Circle and Limpopo Avenue in Doringkloof.”
Uprooted trees have been reported in Wonderboom South as well.

”Ruan Heyns, Spokesperson for CERT, said a crew was currently busy on the third scene.
“We are removing a tree in Garnet Street,” he said.
The first tree was removed in Jean Avenue followed by one in Limpopo Avenue in Doringkloof.
Heyns said Karen and Garnet Street were experiencing power failures due to the trees damaging power lines.
“There are live wires here and we are currently waiting for the City to arrive on the scene,” he said. 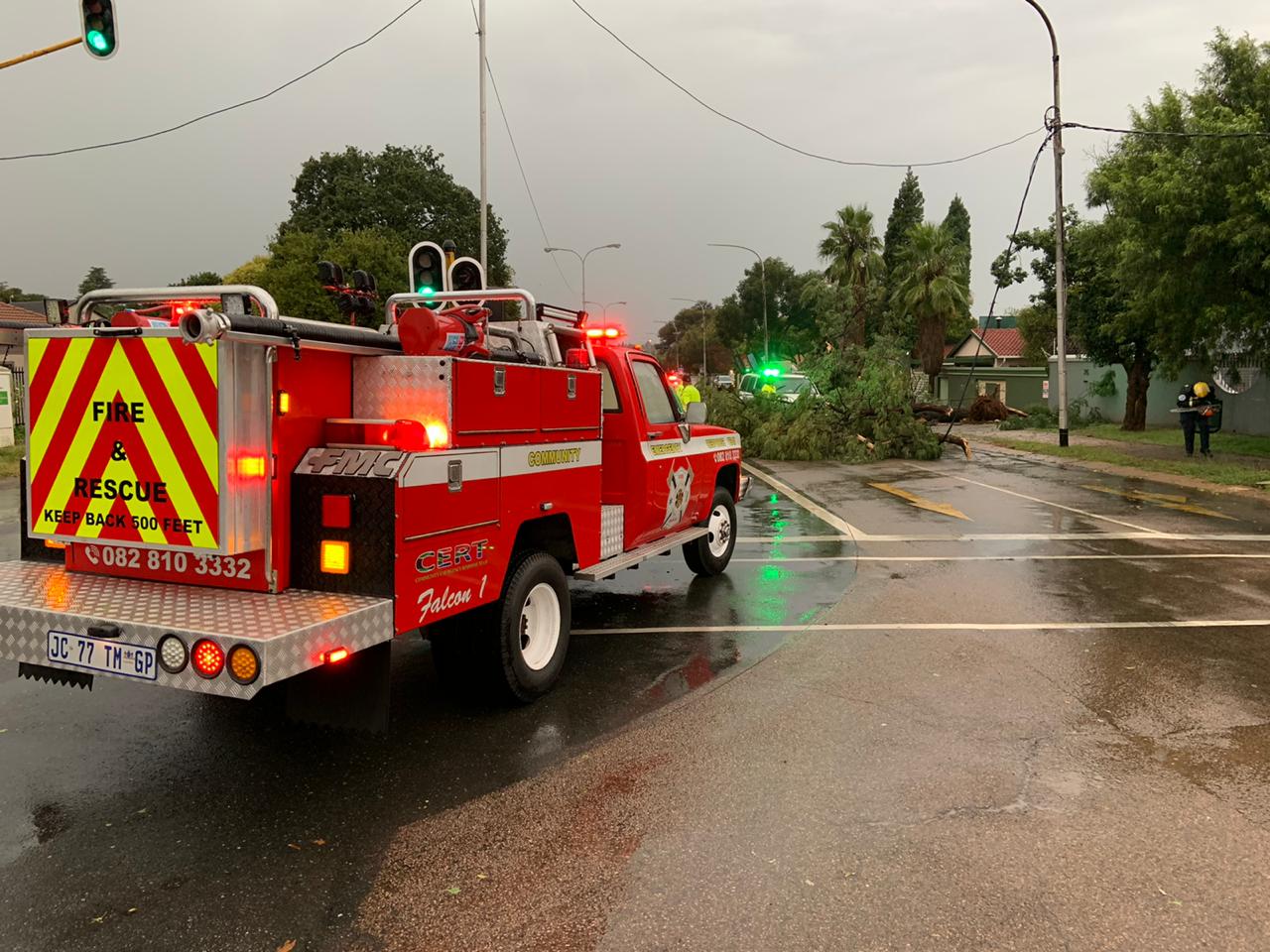