Emergency services were called out to the N1 south after a vehicle carrying seven cows crashed on Wednesday.

Two cows eventually died on the scene and one escaped.

CERT SA emergency personnel along with various other responders were called to the scene.

“A vehicle towing a trailer, carrying seven cows lost control and crashed. The cattle where all thrown out of the trailer and were running around on the highway,” Ruan Heyns, spokesman for CERT SA said.

The incident took place at the John Vorster Drive off-ramp.

“When help arrived, the cattle got spooked and started scattering and running further down the N1 highway towards Johannesburg,” Heyns said.

READ MORE: What to do in a flood – Tshwane emergency services

“Unfortunately, one cow had died and another was later struck by a vehicle on the N14 road near the Jean Avenue off-ramp and died on the scene.

Another cow evaded the rescuers by running through a local industrial area.

Heyns thanked the members of the public who stopped to assist. 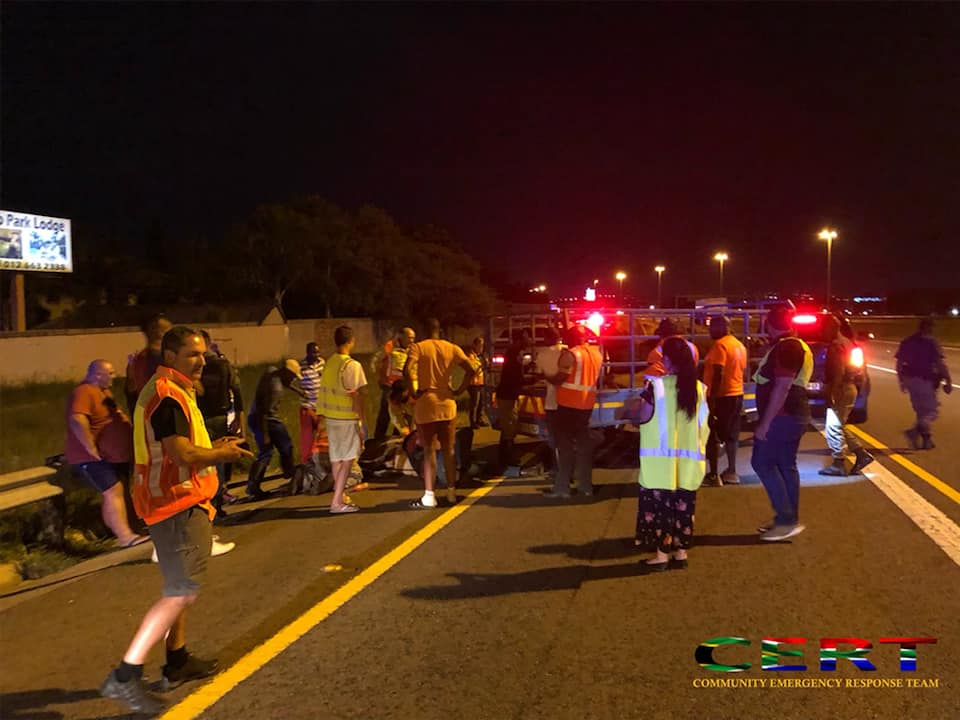